Hello beautiful people, I hope you've had a good week. Kids back at school and Autumn on the way I was looking for some new nail polish!! Which I am going to review in this post. Actually I have many new products to review, but still waiting on delivery of some of them. But when I get then you will know :) So to today's nails first. I have done a Cameo nail art using Konad stamping plate m71. Using two designs from the plate and some half pearl nail beads, that I got from ebay. Painted my nails white, then two coats of Accessorize 'Ivory Lace'. Using one of the MeMeMe nail polishes, that I'm going to review for stamping, and I can quickly say it works well. 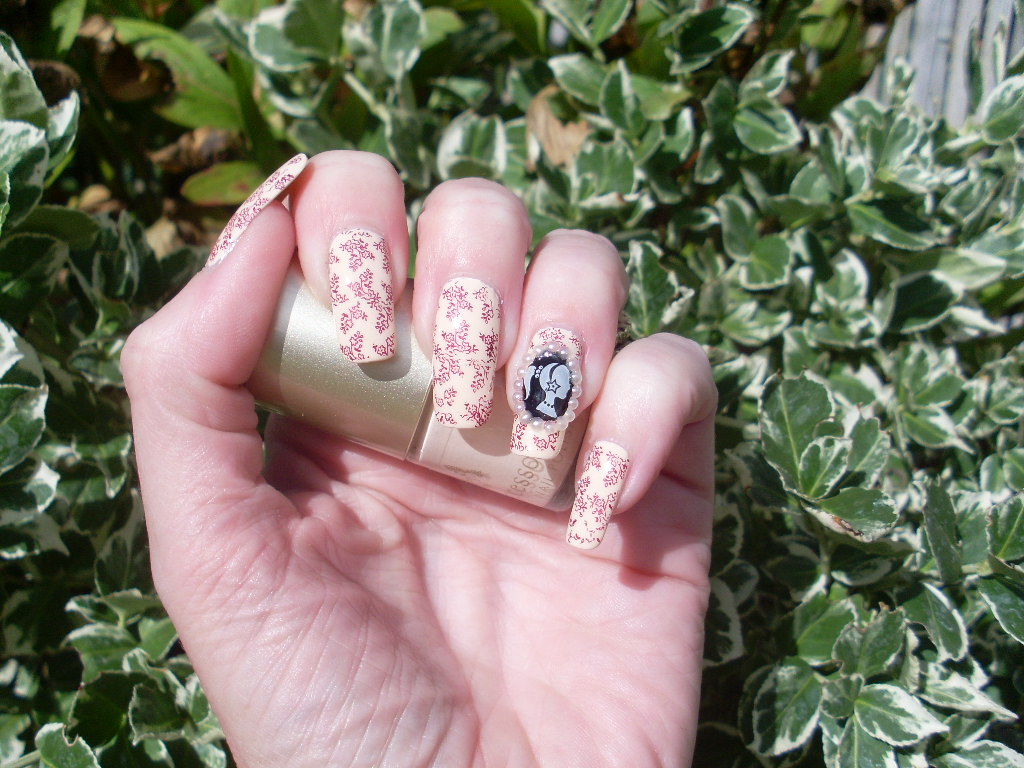 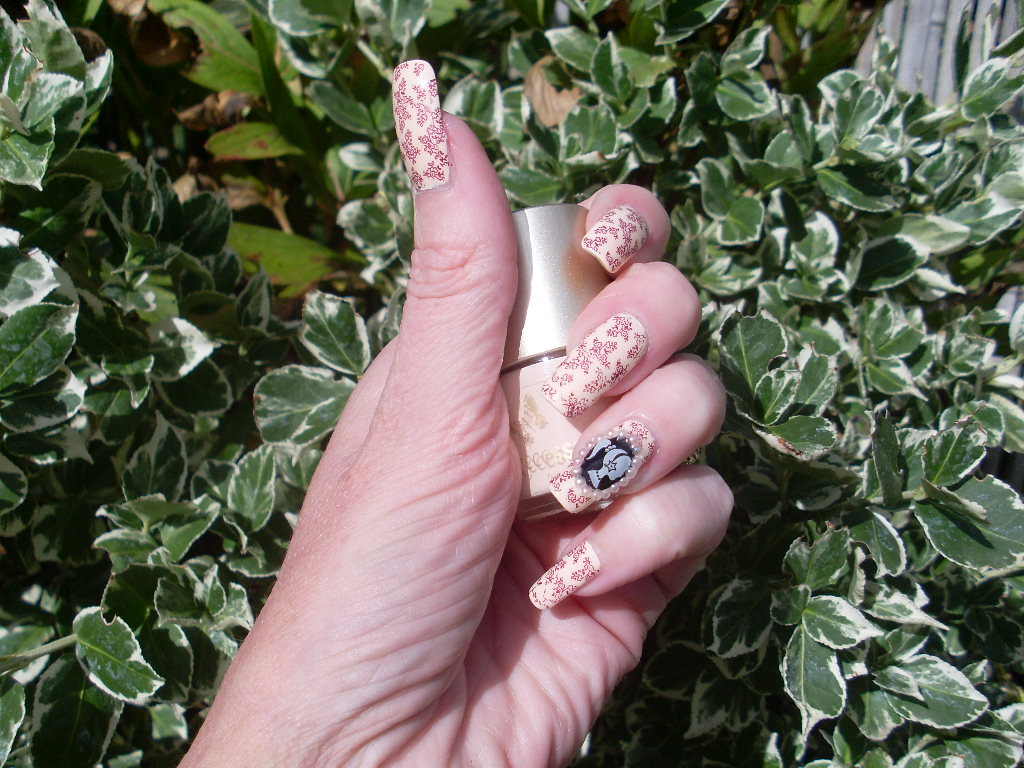 I stamped the flowers on all nails. I tried my new squishy stamper, but couldn't get it to work so went back to my Konad and double stamped each nail! But I'll try again with the squishy one, as I've heard such great things about them. Then on each ring finger carefully painted an oval shape with black polish, and stamped the girls head. I attached the half pearl beads with top coat, then top coated the whole nail. How long the beads will stay I don't know lol, but for now I'm really happy with this :)
Now to my bargain buy :) As I said earlier with Autumn on the way I was looking for some deep coloured Autumn nail polish. I saw these MeMeMe Metallic Deeps Collection on ebay for £3.25 with £1.95 P&P, from Cosmetic Kingdom, which I know also trade as Cosmetic Fairy. So I checked their website and the same polishes were coming up for £13.99!! So I knew the ones on ebay were mine lol and I ordered them. They are awesome :) come in a cute little box, which I still have them in, and will keep them in!!


These polishes were nice to apply, a good size brush and easy application. 4 x 12ml bottles, with a nice size lid to hold. Inspiring and Rebellious would need 3 coats, were as Dignified and Seductive you could easily get away with just one. These swatches were all two coats. I can see a nice Autumnal design with all these colours, but I'm not ready to let summer nail art go yet ha ha! I used Seductive for stamping my Cameo nails. Compliments the Accessorize Ivory Lace beautifully.
I'm hoping to get some bits I'm waiting on next week, I gave in and bought the Hedy's Manishma Neon Matte Brights, but one polish was completely dry, and they are sending me a replacement. So a review on them when that comes.
So that's all for now. I love getting comments, and would love to know what you think of either my Cameo nails or the MeMeMe Polish. Thanks always for stopping by :)