Allergy or Over Exposure -January

Hi guys, I was going to write one long post on my swatching hand recovery, but as it's gonna take a few months, I thought it easier to do a monthly update. About 2 weeks before Christmas I had a reaction on my swatching hand to what I first thought was using out of date cuticle oil. The main reason for me writing this, is because when I was looking for answers online, I couldn't find anything, and I wouldn't want anyone who loves painting their nails to go through the same as me. But if this was to happen, I'm hoping this post would be helpful. 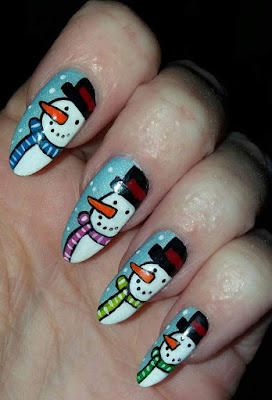 It started with these tiny blisters, that itched now and again. Then my finger tips and nails felt sensitive. As it was a holiday period I was unable to see a doctor as soon as I wanted, but when I did I was prescribed some steriod ointment, called Eumovate. I applied this twice a day for 7 days, the blisters went, but my skin was so red and felt so dry, basically like leather!!

I was debating whether to post some photos as my nails and skin looked disgusting! But here goes.
What looked like bruising appeared and some nails started to lift, so I had no choice but to file them the shortest they've ever been in years! Although still slightly red, my skin looked smoother, and the bruising/ burning is more apparent. I will say though in no pain or itching and the sensitivity had gone. But as my skin was super dry, even though I was using E45, coconut oil and a new cuticle oil, then they started to peel.
The skin continued to peel under and around each finger. I was tempted to pick at it, but didnt and carefully cut it with cuticle clippers.
Still red and a bit puffy, no infection though and my skin is starting to feel softer and normal again, still a tiny bit of peeling but no where near as bad as before. For the last 5 days I have been using The Edge Nails Nail Oil Pen, with Avocado and Vitamin E. 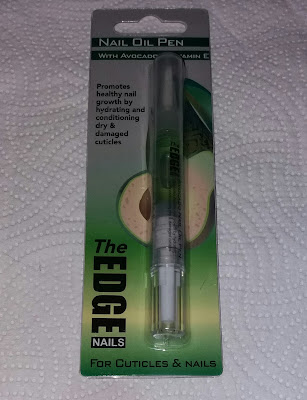 Not an over powerful scent, but smells very refreshing. A nice oil that's not too greasy feeling and absorbed into my skin quickly leaving my nails looking nice. A handy twist pen oil that you can take anywhere you go.
So here's the photo collage (that I didn't want to post) of my nails through January. 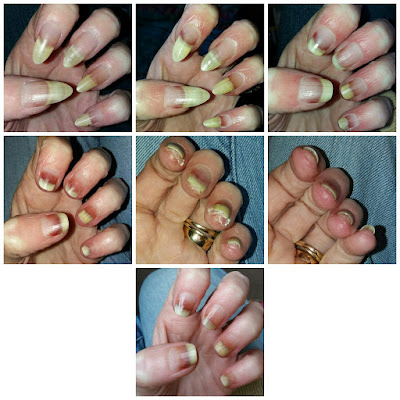 You can see at one point just how bad they were. The bottom middle pic is how they look now. Some slow improvement that can only hopefully continue. I'll have another monthly update next month.
Hope you found this post eye opening and I also hope I never scared you with these photos!

Stay safe and much love... 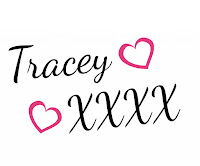