Hello again and welcome to February's Charity Nail Art Challenge hosted by Dawn over at Sassy Little Nails. This months charity is for awareness of Health/Disease, and this was an easy one for me to chose. Something very close to my heart, and not one of the most common disease's that most people would think of. If I was to ask you if you had heard of Motor Neurone Disease, I would be expecting no for an answer. I'm not being funny here, but I had never heard of it, and its not really made aware to the public. One of the most clever and famous scientists Stephen Hawking has this, and the actor David Niven died from it. It was said as he died he was able to hold his thumb up and for many years that was the MNDA (Motor Neurone Disease Association) logo.

Now I won't waffle on too much, but basically this disease affects all the muscles in your body except your brain. My Mum was first diagnosed in 1990. It's not contagious or hereditary. It was little things she noticed at first, like she couldn't grip to open a jar or do buttons up. Slowly over the years she became worse, but never stopped smiling. I became her full time carer, and although it was hard I wouldn't have had it any other way. Even when she was in intensive care the nurses let me look after her. Sadly on 13th January 2000 she past away, and the funeral was on the 1st Feb, so today doing this nail art is even more special to me. 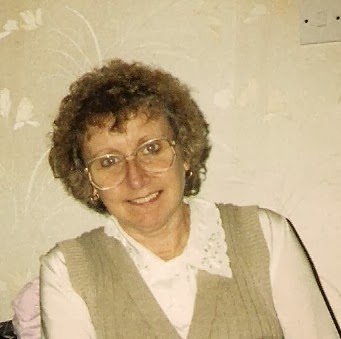 So to my nails. The colours I'm using are the colours of the new MNDA logo. Blue and orange are not normally two I would use together, so decided on a water marble design. The polishes are both from Beauty UK, Orange Glam Polish and Blue from the Wildchild Collection. After painting my nails with two coats of white polish, I did a flower water marble on my fingers. For my thumb nails I freehand painted the new logo, and dotted some flowers.
My Mum had beautiful long nails, but that was mainly due to all the medication she was on. Back then I was still a nail biter!! 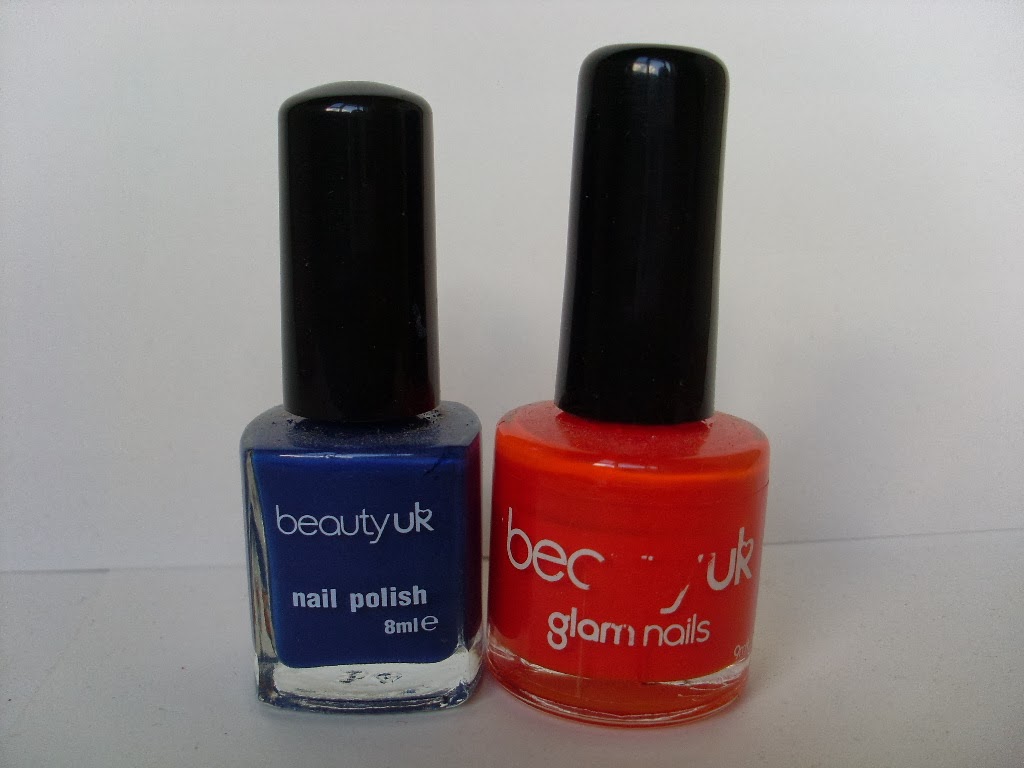 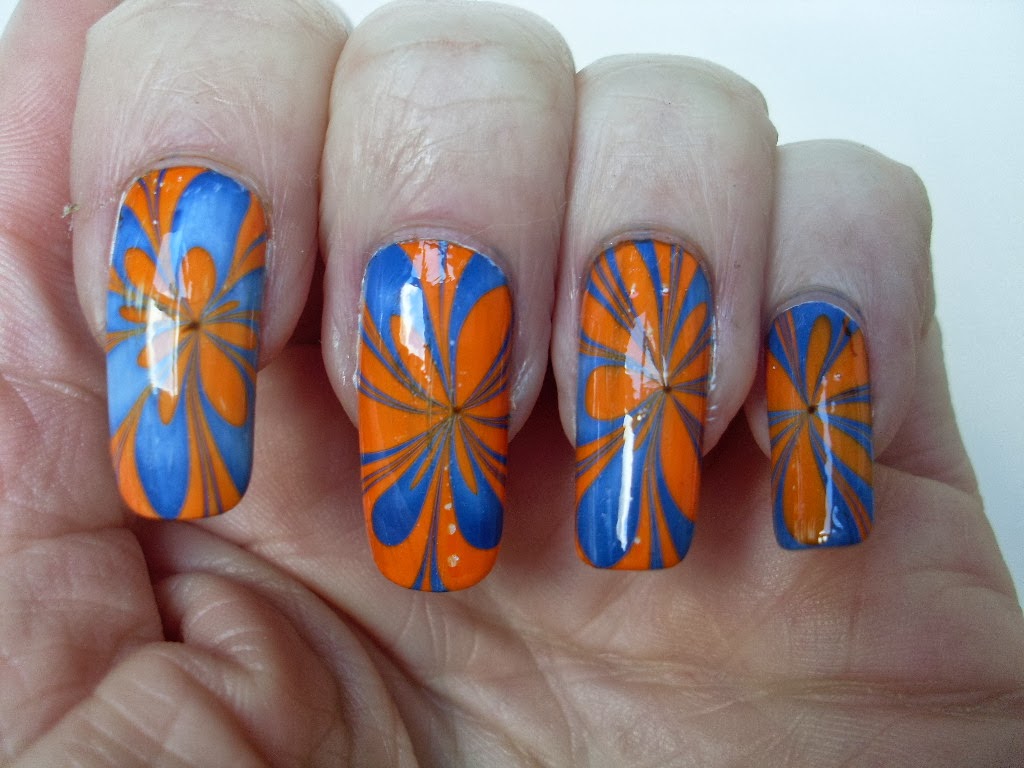 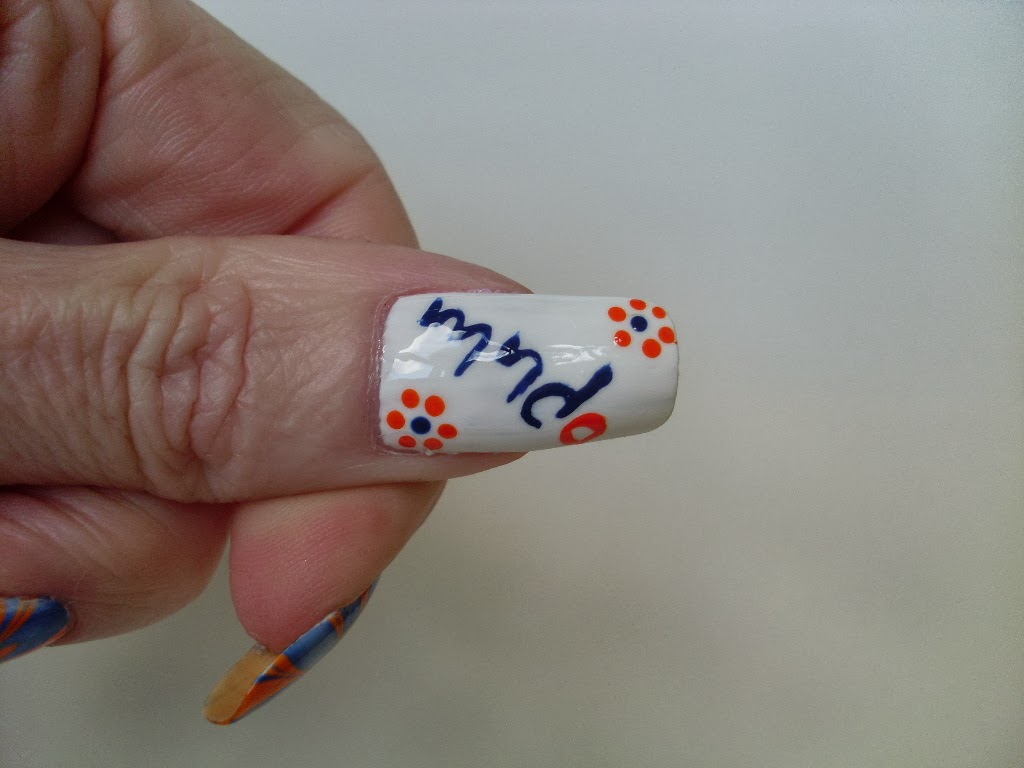 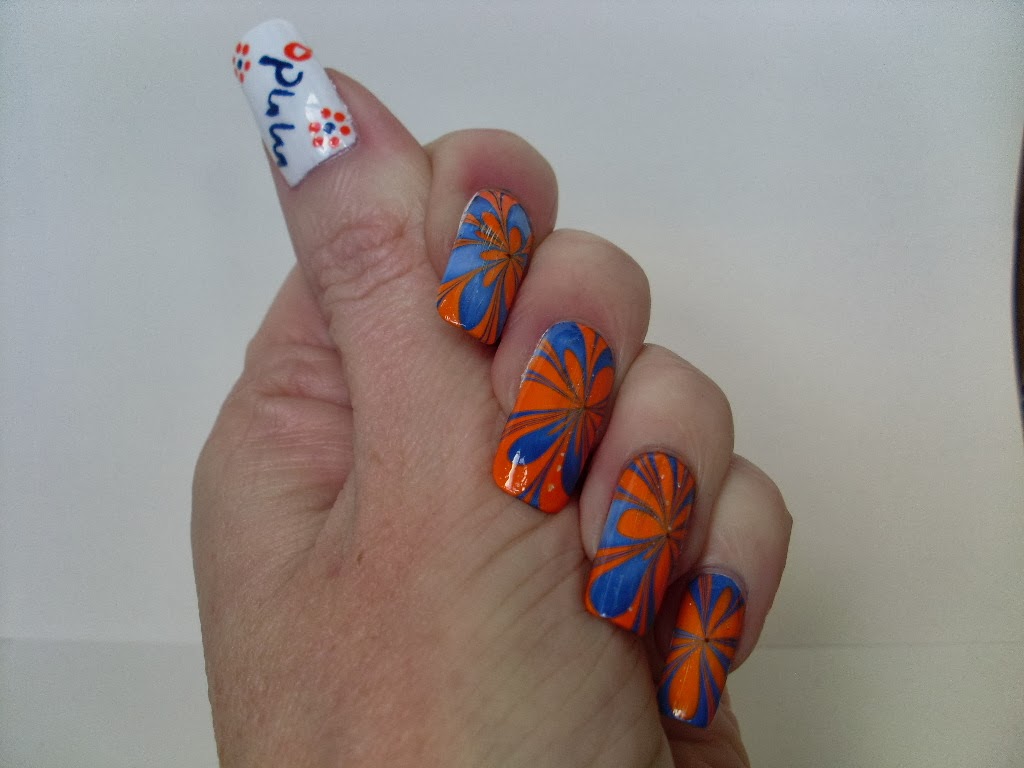 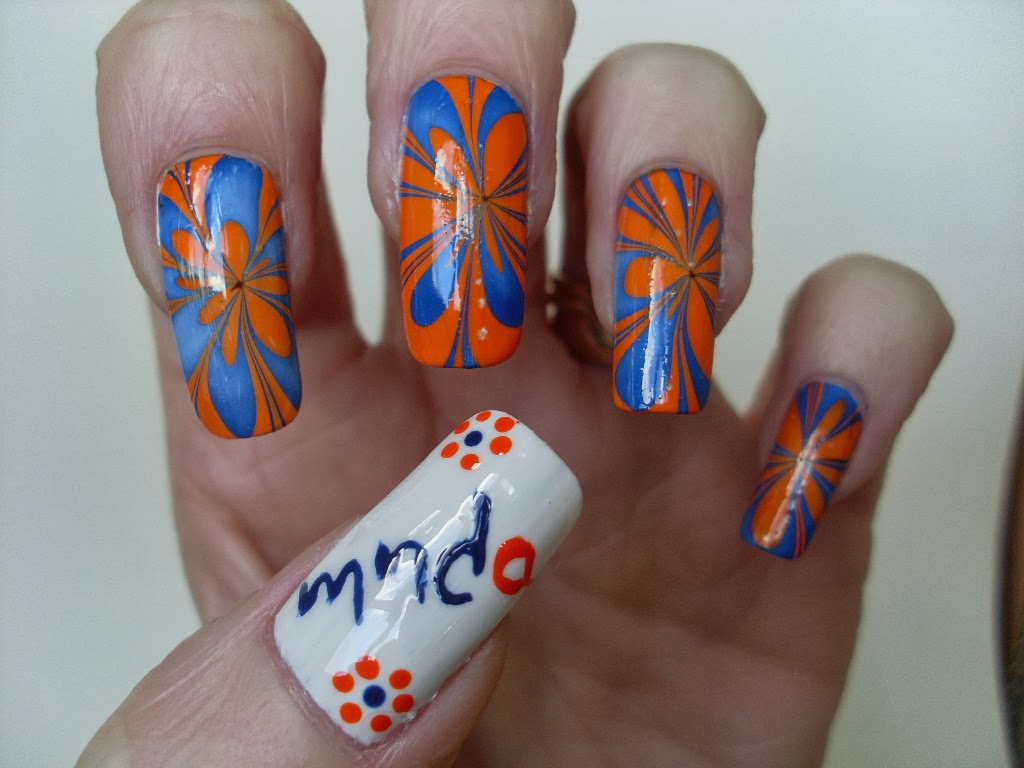 I hope you like this manicure, and this post. A fitting nail art for this months Charity Nails.
Thanks for reading, take care and much love.... 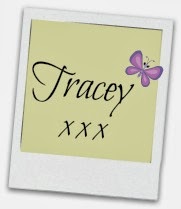